This interesting and beautifully crafted set dates from the early 20th Century. It was produced by A.B. Richter of Rudolstadt in Thuringia.  The Richter company produced a vast range of items including gramophones, music boxes and pharmaceuticals from factories in Rudolstadt, Nurnberg (Nuremburg), Leipzig, Vienna, St Petersburg and New York. Friedrich Adolf Richter gained a reputation as being a somewhat ruthless, if undoubtedly successful, businessman. With his death in 1910 and the First World War the company’s fortunes declined sharply.

The first Anchor Stones were produced by the famous aviator Otto Lillenthal and his brother Gustav. However they were not commercially successful. Friedrich Richter bought the rights and tooling from the Lillenthals and promoted them extensively. The Anker (Anchor) Stone Blocks were produced from 1880 until 1963. They are made from quartz, sand, chalk and linseed oil. Although not well known in this country they have a strong following in Europe and North America. As a result of the continuing popularity of Anchor Stones manufacture was restarted in 1994 and they continue to be available. 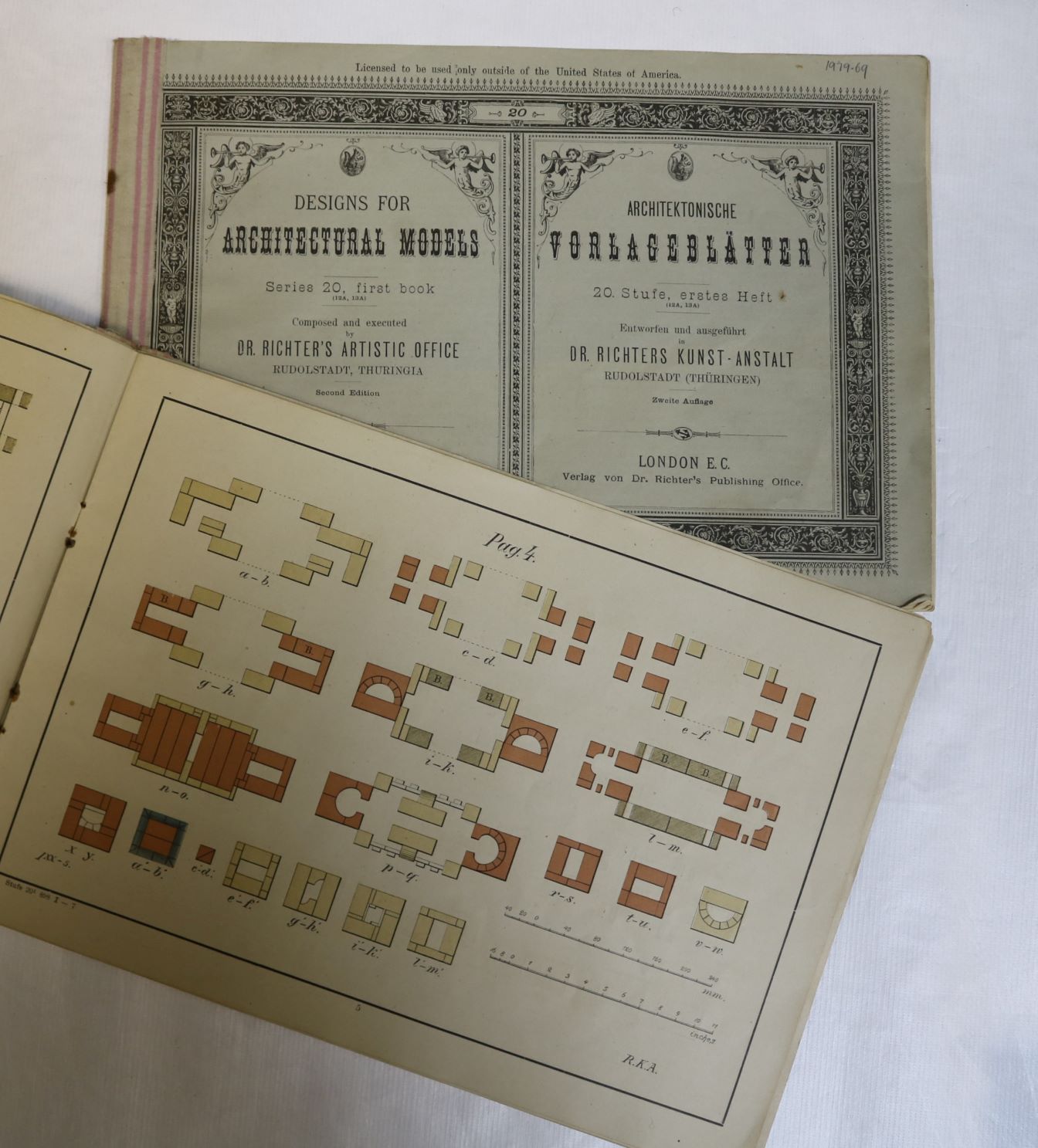 Our set is a No.13A and was donated to us in the late 1970s by a family from Oakham. It had been in their family for many years and had been given to them by a family who had a German governess, which probably gives a clue to its origin.

Should you wish to read more then this link Richter’s Anker (Anchor) Stone Building Sets will take you to a 250 page pdf which tells you absolutely everything you could possibly want to know, and more besides.